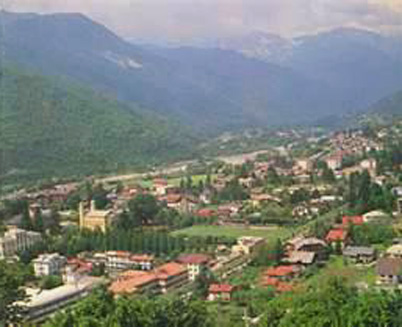 Torre Pellice, a town in the center of the Pellice Valley, contains a number of historic Waldensian buildings. The Casa Valdese, built to celebrate the 200th anniversary of the Glorious Return, is home to the annual meeting of the Synod Assembly, the highest governing body of the Waldensian Church. The town is home to the Waldensian Cultural Center, Historical Museum, Archives, Library, and the Society for Waldensian Studies.

The town takes its name (Torre) from a tower built on a nearby hill about the year 1,000. Pellice comes from the Pellice River which runs through the town.

It covers 8.2 square miles. In the early 19th century, industrialization led to doubling of the population. Its current population of 4,555 is relatively unchanged from the 1860s.